On our way to Queenstown we stopped and spent several hours exploring the Mavora Lakes. There are several of LOTR filming locations around there, including Fangorn Forest and the Silverlode river. Perhaps it was the thick carpet of spongy moss. Perhaps it was the curiously friendly bird that stopped by to greet us as we were leaving. But just as we leaving, the forest attacked. (And by attacked, I mean a rotten log collapsed under Carrie’s feet.) Carrie whacked her elbow pretty good when she fell and she scared the heck out of Brigit when she fell.

If the north island is beautiful, the south island is sublime. Unfortunately, our photography skills are not up to it.

We traveled from Dunedin to Te Anau along the aptly named “Southern Scenic Route.” It was incredibly beautiful and incredibly windy. At times we could barely stand up to take the pictures. Unfortunately we were on a schedule and it’s a long drive so we didn’t get to stop nearly as much as we wanted to. Here’s a taste of what we did see.

In the morning we woke up to snow. In case you couldn’t tell from the pictures it has been an unseasonably cold spring here.

Fortunately, there wasn’t much but that didn’t stop some intrepid folks from making a snowman. 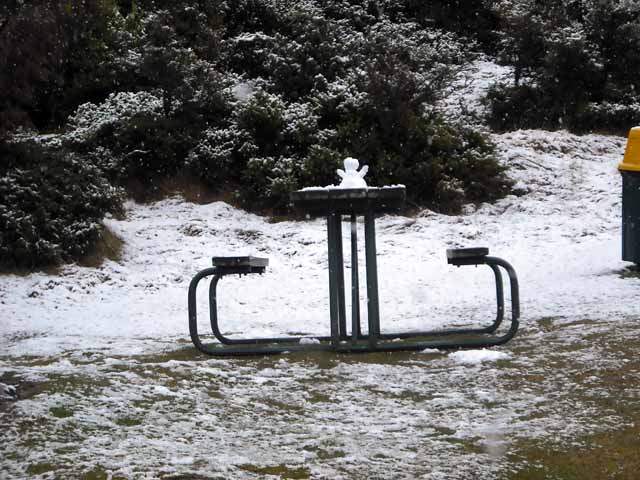 There wasn’t much on the roads so it presented no problem when we headed back out toward the coast. We had an appointment for a tour at the Omaru penguin reserve. 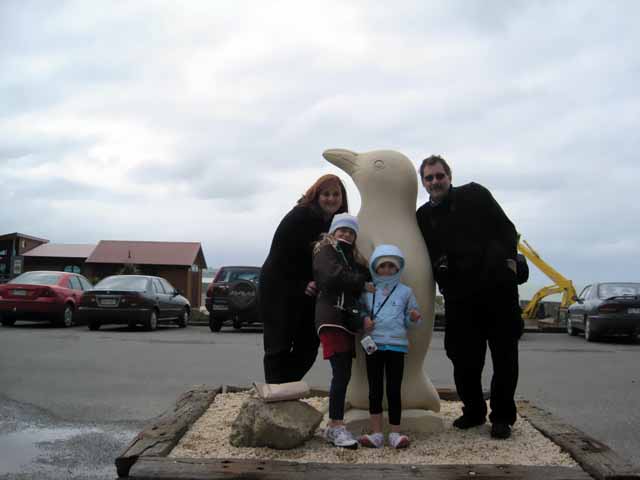 The timing of this was a little poor as most of the penguins were out at sea feeding. The only ones home are the ones sitting on the nests but they’re not easy to see as the nests are in boxes.

Normally, the penguins nest under trees but most of the trees have been eaten by the rabbits and possums which were brought over for their meat and fur respectively. Then as the rabbits and possums had gotten out of control. Stoats and ferrets were brought over to control the rabbit population. Unfortunately the stoats and ferrets quickly discovered that the chicks of penguins and other native birds were far easier to catch than rabbits. Thus the need for penguin reserves.

Anyway, we did get a very nice personal tour of the reserve from one of the only things not endangered in New Zealand, naturalists. Every little nature preserve, park and retirement home has a few. And they busy themselves outfitting threatened species with ecology bling in the form of radio collars and ID tags. But I digress.

Anyway, we didn’t have time to stay to see the penguins return from the sea as we needed to be in Dunedin that evening and we really wanted to stop to see the Moeraki boulders. 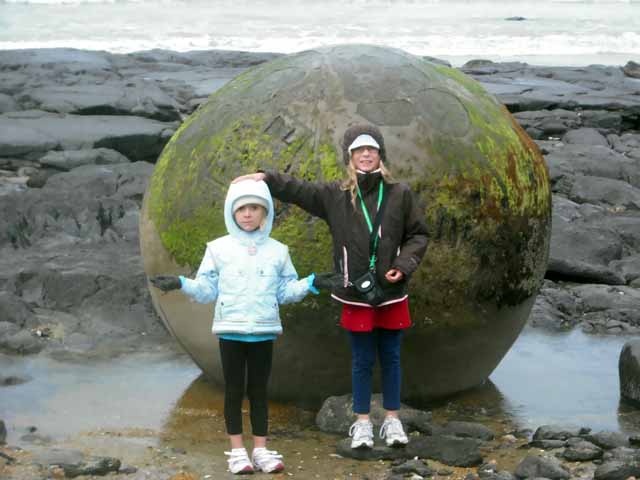 Check out the other cool pictures in the gallery.

We cruised up to Lake Tekapo. It was a beautiful day and we were getting some beautiful views of the southern alps. 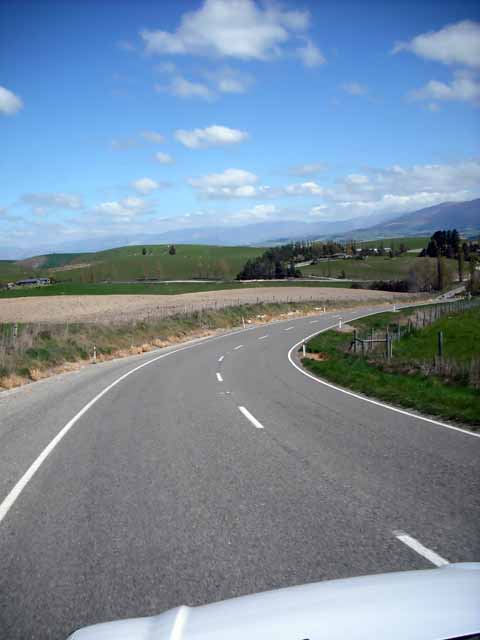 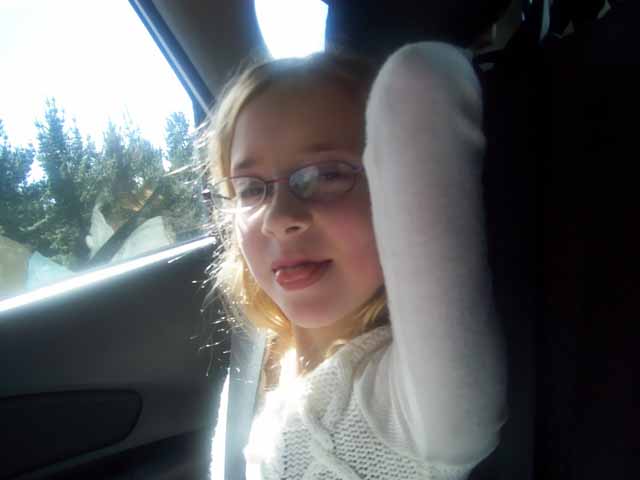 If you’ve seen any photos of Lake Tekapo they’ve probably looked like this. 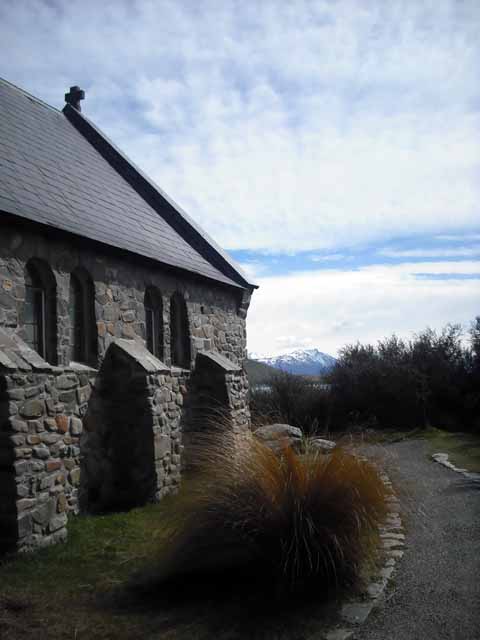 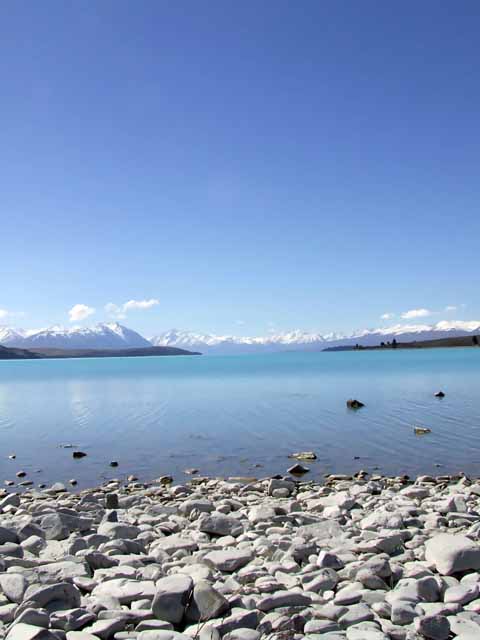 But we came for the stars. And it was a beautiful clear day we were really excited. 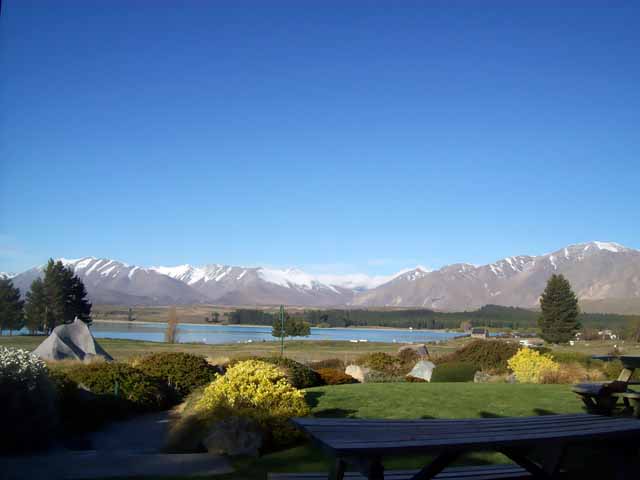 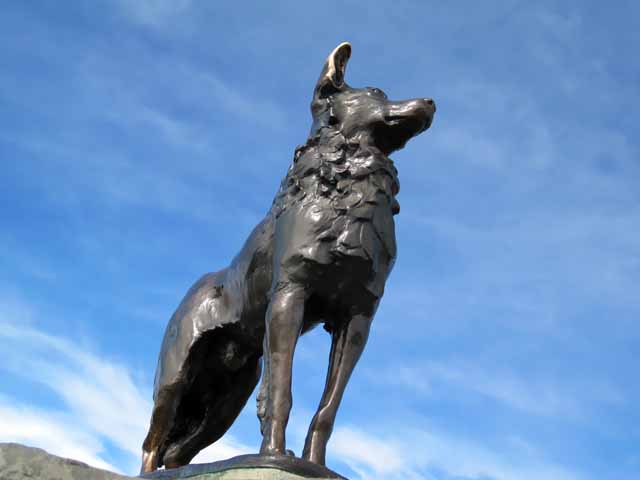 Unfortunately, just before sunset the clouds rolled in. So you’ll (and we’ll) just have to imagine what it would have been like. Here’s a little help.

The town of Picton is small. In fact I would bet the population doubles when the Ferry from the North Island arrives.

So we’re waiting in the Picton terminal for our luggage to appear. A woman standing next to Carrie asks her where we’re from. Carrie tells her we’re from West Virginia, and asks where she’s from. It turns out she’s from Maryland. As a matter of fact, she went to my high school (although six years earlier. After a little more conversation, we find that she is grew up in Calverton, about six blocks away.

She’s about 10 years older that I am so we didn’t have any mutual friends but we did know some people in common around that time. Mostly teachers.