Since when do I have to be up at the ungodly hour of 5 am on my vacation? Well, since we are booked on the ferry from Wellington to Picton. Today is an early morning ferry ride followed by a drive to Kiakoura. The ferry ride was our first encounter with a potential luggage issue. So the night before we pack and repacked and unpacked and finally got it to a reasonable amount. Turns out it was a non-issue and we checked the big pieces and found a locker for the small ones. It was also the first time we were frustrated with vague instructions from our tour company. We were told to drop out car off at the terminal. However, we arrived and there was no terminal for our car company and there was no key drop for our car company. So we had to run around with all of our luggage and try to figure out what to do while not missing our ferry. It resolved itself as most things do here with incredibly helpful service industry people coming to our rescue.

The ride over was uneventful. No swells, no sea sick, no issues, except Brigit and Beth Anne almost blowing off the upper observation deck. If you look at the pictures you can see what I mean. We arrived in Picton and had our small world moment of the trip. See Joe’s post about this.

After that we stopped for a bite in the Frog and Dog and headed out to see the Mainland (South Island). Now the North Island, as you have seen, is beautiful. But it is a soft sell; it is only buttering you up for the hard sell of the South Island. We we left Picton we drove through the some of the wine country. Here there was all the makings of a French meal. Sheep on the one side and wine on the other. It was all rolling hills and blue sky and puffy white clouds. Then wham! 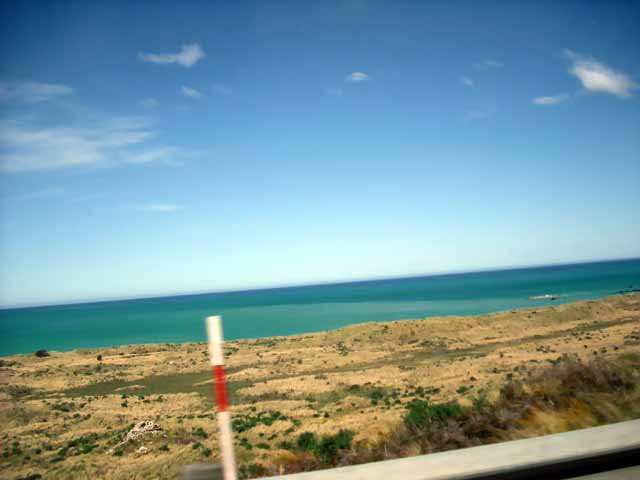 Ocean, beautiful ocean. It was an amazing color. I blue-green that I have not ever seen before. If you know me at all you know how I feel about the water and I was in love. Then around the next curve, there was this: 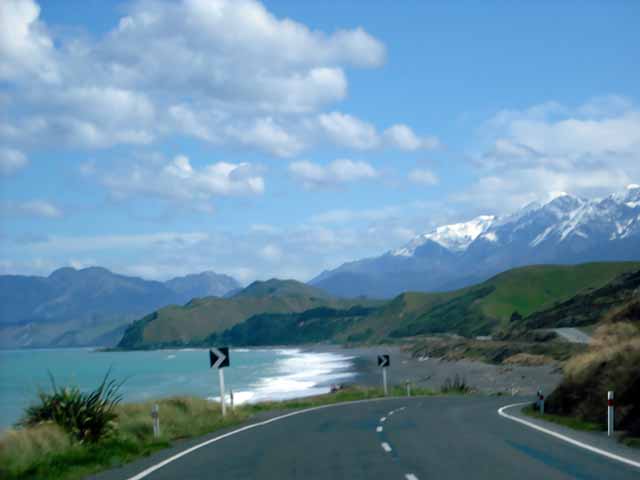 Holy Beautiful Vista Batman!!!!!! We stopped and took pictures at the beach with at the beautiful smooth rocks and the cool black sand. Then we stopped and took pictures of the seal colony on the huge craggy rocks. The 6 or so yearlings in the pool playing was so fun to watch. After stopping in the hotel and going to dinner we took a walk along the beach and the girls, in their new winter coats and hats took off there shoes and ran in and out of the incoming tide with the snow covered mountains in the distance and the moon overhead. 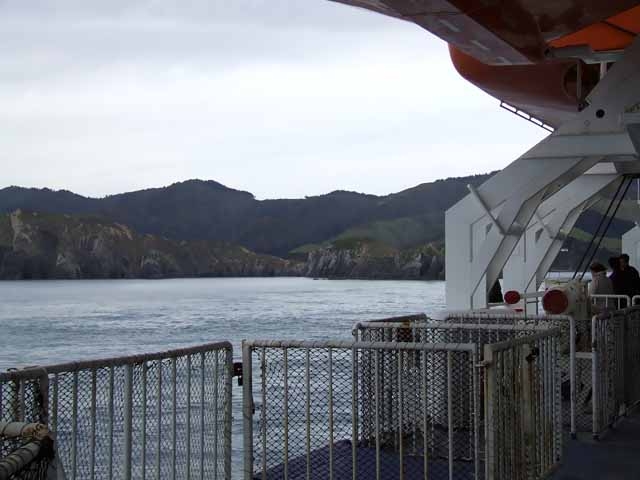 One thought on “From the Mountains to the Sea”